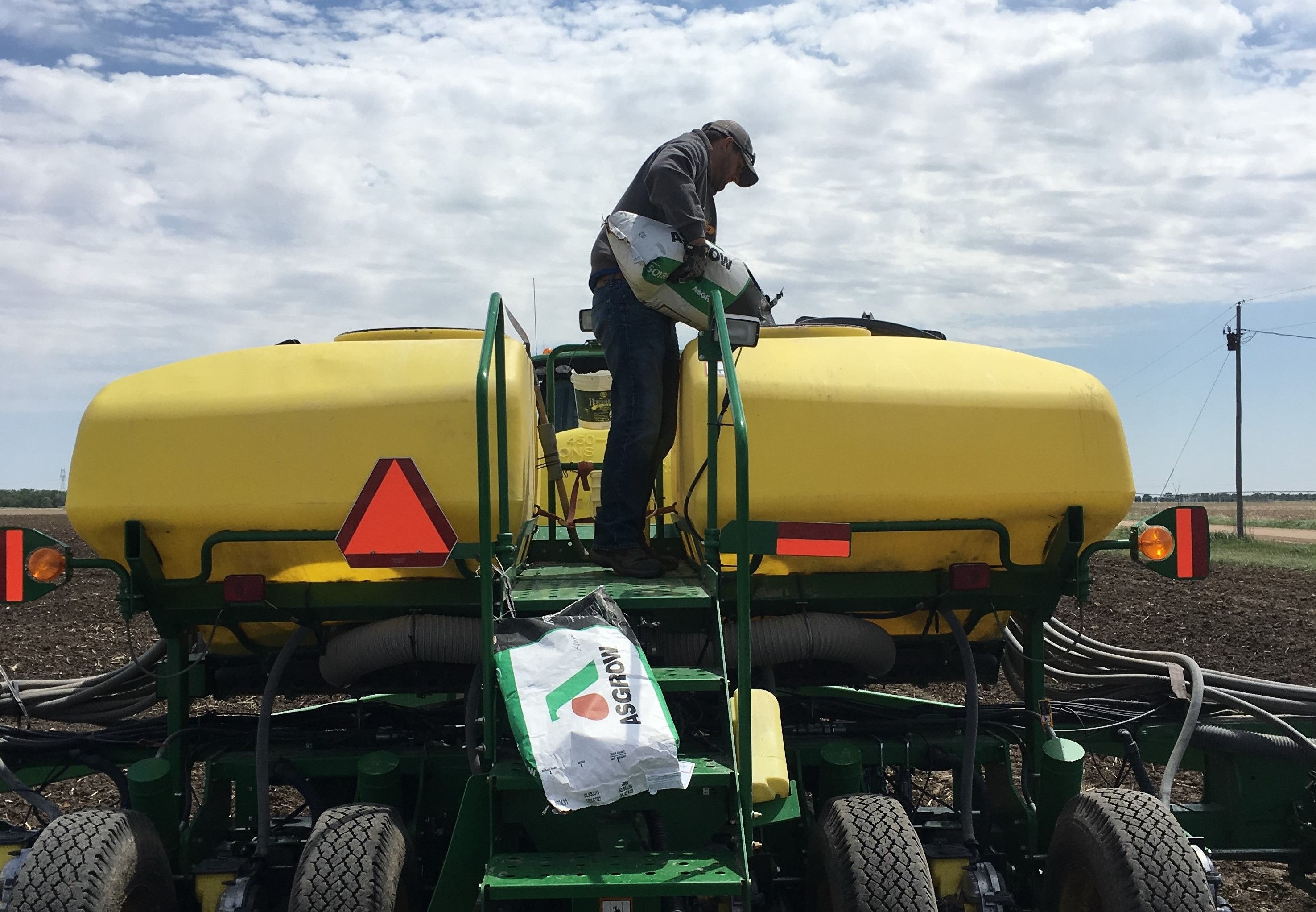 Seed treatments protect germinating seeds from fungus and insects, and genetics have added more yield potential for each seed.  Cutting back on soybean populations appears to be a logical way to reduce input costs.  Comments and recommendations contained within this article are for 30-inch row widths or wider.  With narrow row planting or drilled soybeans, planting populations will need to be increased.

Emerged soybean populations between 120k and 180k usually have no significant differences on final yields.  Populations as low as 90k can still produce near optimum yields.  When we reduce soybean planting populations, we want to maintain a final population with in this acceptable range.  If 120,000 plants is the bottom end of the optimum population to achieve max yield, then we do not want to drop only 120,000 seeds at planting.  With 90% germination tested soybean seed, planting populations should be a minimum of 135k to 140k.  Plant higher populations when germination tests fall below 90%.  When planting in ideal soil conditions, soybeans can start to emerge in 3 to 4 days and stand loss is probably limited.  Research has suggested increased yields from earlier planting which makes planting in late April more popular.  With the colder soil, the chance of reduced germination increases. It is a recommendation that producers increase populations 5-10% when planting in April.

There are a few benefits to reducing planting populations with soybeans.  With a bush type plant, lower populations will allow for more space for leaves to capture sunlight and provide more pods on the branches.  However, canopy establishment is quicker with more competition between plants at a higher population, which will aid weed control.  A tall soybean with poor standability may also benefit from lower populations, causing soybeans to develop a thicker stem to support the plant.  A thicker stem may also help with early maturing varieties that are subject to lodging from Dectes Stem Borer.  A medium statured, non-bush type plant with good standability could actually benefit from an increase in populations, and reducing populations too much on these types of varieties could limit yield potential and hinder canopy development.

When planting is delayed into late May or June, soybean populations should be increased to compensate for the reduction in growth nodes.  Soybeans will add one growth node every 3-4 days after emergence.  Delayed planting 2-3 weeks after optimum planting date could significantly reduce yields if populations are not adjusted accordingly. It is recommended that seed treatment be used no matter the planting date.

Norder Supply agronomists have been coming across numerous cornfields exhibiting early signs of fertilizer root injury.  This type of injury begins to show up typically in the V1 to V2

For tissue analysis to provide real insight about plant growth, the samples must be collected multiple times throughout the season, and preferably across multiple sites within the field each time

Confirming our plant population is an important step in achieving optimal yields.  By taking stand counts we can evaluate our emergence, make future adjustments for spacing, seed depth, planter settings