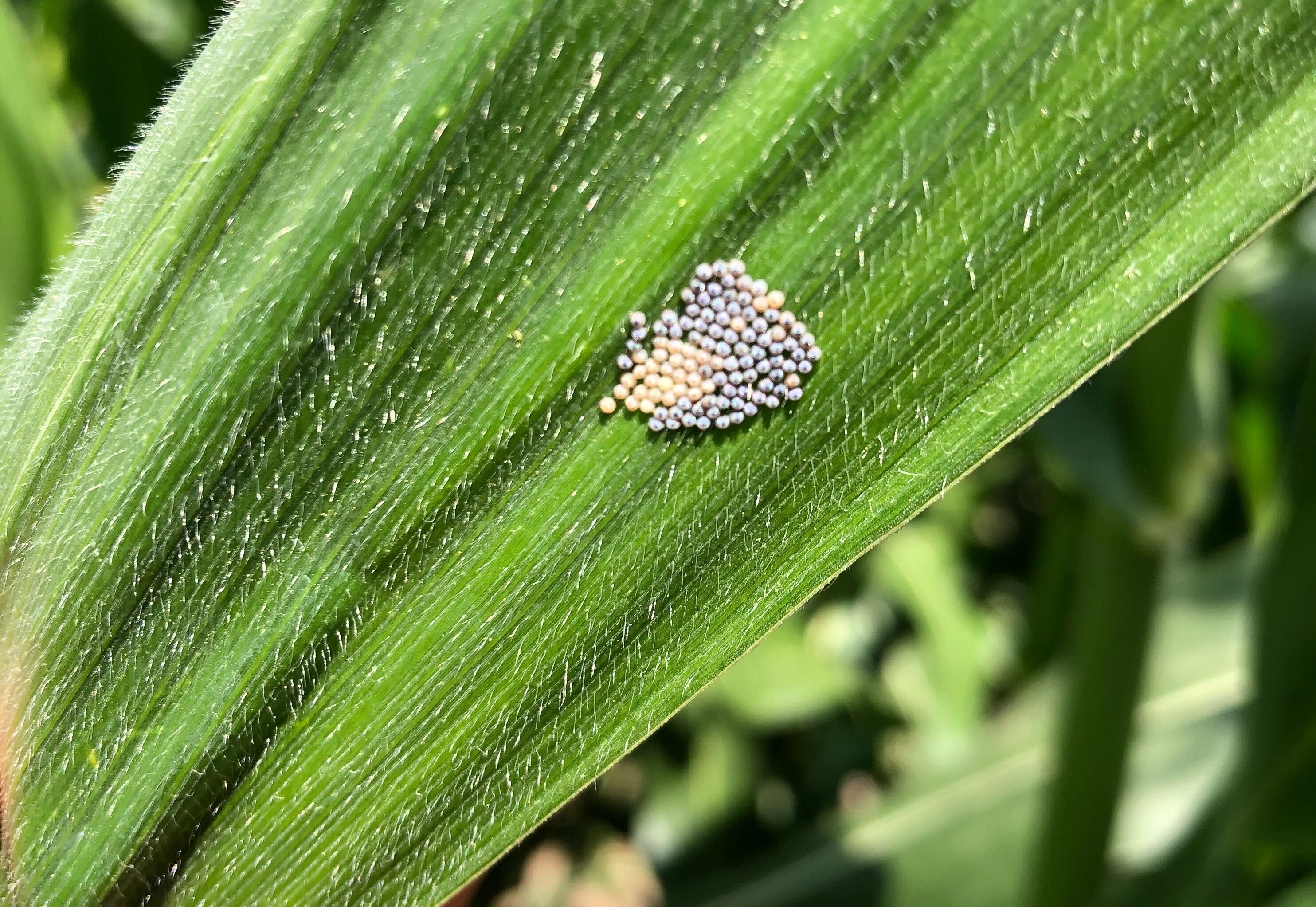 When tassels emerge we think about applying fungicides for corn disease management, but we must also be aware of yield robbing pests that attack the ear around the same time.

Corn earworm (CEW) and western bean cutworm (WBC) are two species of Lepidoptera that damage corn ears in a very similar way, yet economic thresholds and effectiveness of insecticide control is quite different between the two pests. Some Bt traits in current hybrids manage these pests, but not all Bt traits have the same effectiveness on both CEW and WBC.

Corn earworms have two generations per season.  The first generation feeds on whorl leaves and tassels and the second generation feeds on the ear of corn. CEW moths lay eggs on the ear silks, and hatching larvae are in close proximity to the ear.  This makes pest control with an insecticide very difficult. In seed production fields, CEW control requires multiple insecticide applications, but with commercial corn, treatment just for CEW is not economical.

Western bean cutworms have just one generation per season, and arrive mid-July, just before tassel emergence. The moths back down into the whorl of the corn plants and lay eggs.  As leaves emerge from the whorl, the WBC egg masses are found on the upper side of the leaf.  When the WBC larvae hatch, they will feed on pollen and tassels before moving to the ear after a few days.  This provides an opportunity for control with a well-timed insecticide treatment. What makes WBC particularly devastating to corn yields is that unlike CEW, multiple WBC larvae will feed on the same ear of corn.  Treatment thresholds for WBC is approximately 8% of the plants have one or more egg masses.  Apply treatment when tassels are fully emerged and silks exposed from developing corn ear. Pyrethroid and OP insecticides work well as treatment for western bean cutworm.

Stink bugs can also cause yield reducing injury to corn plants during emergence, ear development at the V6 to V8 growth stage, and after pollination. Stink bugs will pierce developing corn kernels with their mouthparts, and feed by secreting an enzyme into the kernel and re-ingest the dissolved plant material.  Stinkbug damage to corn ears seldom requires treatment. Treatment may be recommended when other ear-damaging pest are present in the field. Stink bugs will also damage soybean seeds in the same way, and yield reduction can be more significant.  Pyrethroid insecticides provide the best control of stinkbugs.

An insecticide treatment made at tassel time increases the risk of a spider mite flare up later in the season.  The insecticides commonly used to kill troublesome pests also kills beneficial insects that keep spider mite populations under control. Know economic treatment thresholds of your particular pests before making any insecticide application at tassel time.

Confirming your plant population is an important step in achieving optimal yields.  When taking stand counts we evaluate emergence, spacing, and seed depth. Stand counts should be taken shortly after…

Management for Wheat at Flag Leaf

Tan spot, stripe rust and powdery mildew are common fungal diseases of wheat.  Stripe rust can cause significant yield losses when left untreated and conditions are right for disease to…