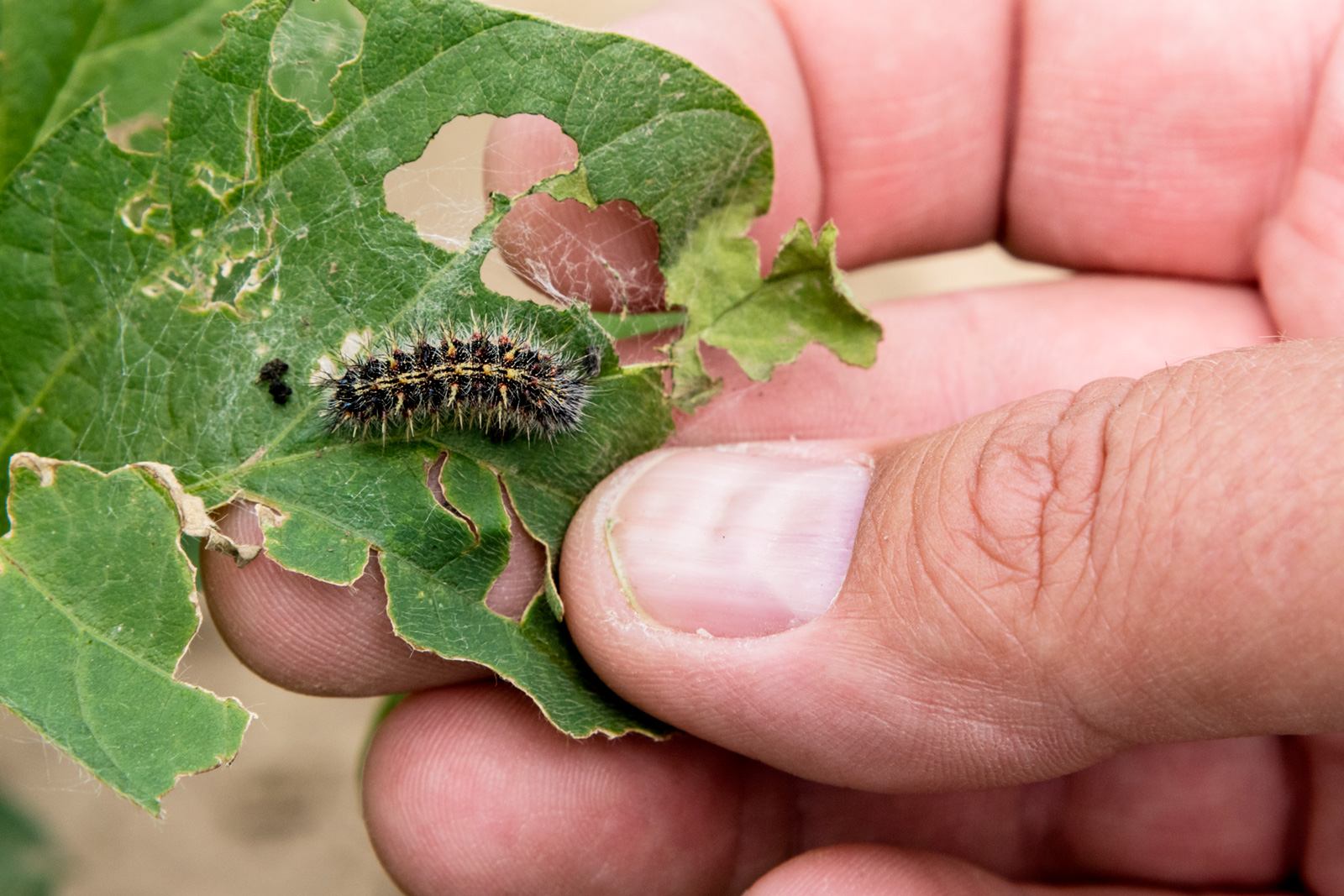 Painted lady butterflies migrate from the southern United States and Mexico in late May and June, and do not overwinter in Nebraska. Butterflies arrived in area fields two weeks ago, and we are starting to get a few reports of very small thistle caterpillars feeding in soybeans.  Thistle caterpillars are brown to black in color and have hairs that look like small spikes along their bodies.  Thistle caterpillars will feed on a wide variety of host crops, but commonly found in Nebraska soybean fields, rolling the soybean leaf over themselves as the feed, eventually webbing the leaf into a ball.  The caterpillars will feed for two to three weeks before pupating.  Butterflies will emerge seven to fourteen days later and begin to lay eggs individually on soybean leaves.  Nebraska will usually experience two generations per year, with the second moth flight in late July and larval feeding in late July and early August.  Butterflies will migrate south in September.

In 2019, the first moth flight lasted over several weeks, which meant egg hatching took place over the month of June and early July, and it was common to see freshly hatched caterpillars in the same field as very large caterpillars and pupas.  This extended feeding cycle caused a lot of leaf defoliation and fields requiring treatment.

Norder Supply assists growers in achieving maximum net return per acre with fertility recommendations and thorough evaluation of yield increasing products including starter fertilizers.  Advantages to starter fertilizer use is…

Nitrogen is the most essential nutrient for all plants, and aside from legume species that can fixate nitrogen, most crops will require annual fertilization.  Nitrogen stabilizers help protect your fertilizer…

A common method to determine nitrogen fertilizer needs is to use the nitrate result from the soil test in an equation to calculate your nitrogen requirement for corn.  Most equations…